So here are some pictures of my s2k. 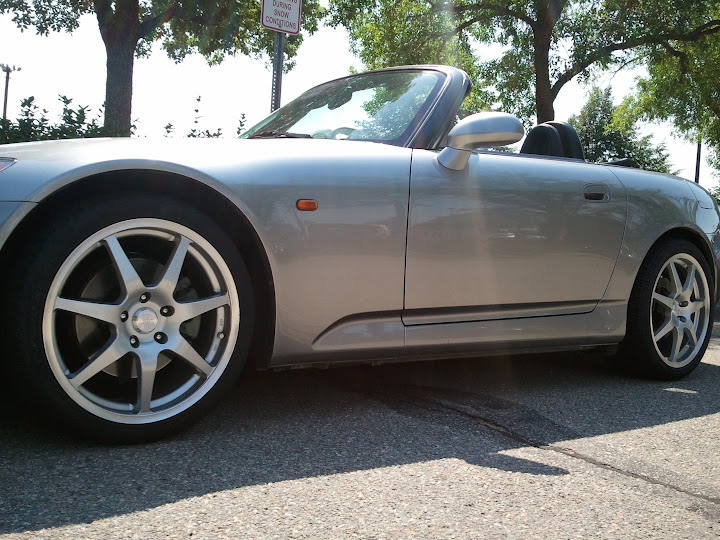 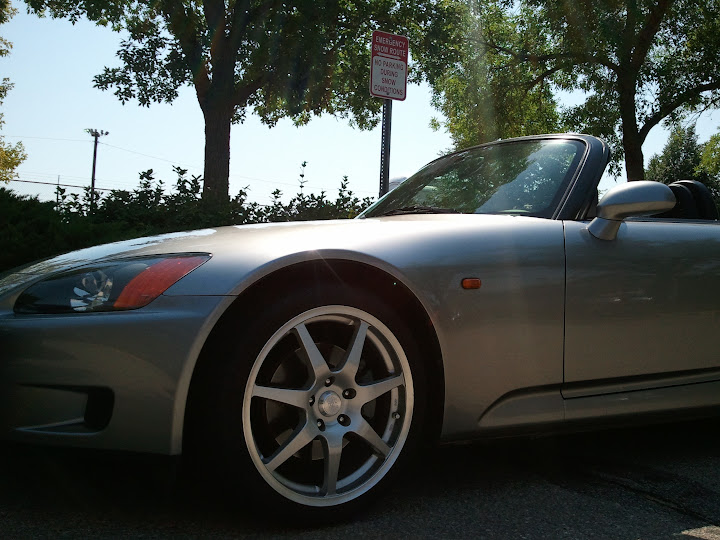 The wheels look much better in person. Don't ever get rid of them....ever. (ever, ever)
one and one makes two, together we are free

I take it you traded the Mazda in on this?
~Brandon~

Oooooo yes, I love it. Needs some white wheels haha

Ah, HP per liter. The mantra of any Honda owner lol.

They're wonderful cars, all around. Congratulations. I'd like to make some Mazda-centric comment, but, well, the S2000 is just a wonderful car. Enjoy it.
Top

Shadowden wrote:Redlines at 9k rpm. Highest horsepower per liter of any vehicle from 2000-2007, when Ferrari released a motor that was a little higher (though at a much higher price tag [$250,000]).

Because rotary! Lol had to.

^^^ was going to say the same thing lol.

Badass choice man. I bet it sounds great when nearing that high redline

Users browsing this forum: No registered users and 11 guests